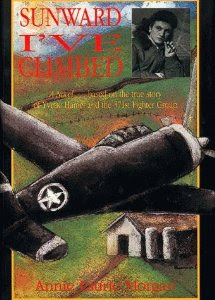 
Following is an excerpt from "A Medic's Story," by Edward Madden, as told to me during a 2000 interview at the 90th Infantry Division reunion in Charlotte, North Carolina. "A Medic's Story" is available for Kindle for $1.99 at amazon.com.
After the Normandy peninsula was cut off, they put us into a holding position and we were put onto this farm. We were there for almost two weeks, in a holding position. And one day, July the 1st, the Germans decided they were going to put some artillery into the place.
There were two girls who lived on the farm. One was 14 or 15, and her sister was 16 or 17. They were out in the field, milking the cows at about 5 o’clock in the afternoon, when the Germans put the shells in there. The shells landed real close to them, and a couple of the cows were killed, and some of the shrapnel went through the older sister’s heart and killed her. And the younger girl had both of her legs taken off below the knee, both of them, and one of her arms was pretty badly shattered. And I went out and picked her up and brought her into their house. I treated her, then I called and had her evacuated back.
The very next day we moved out, and I never heard anything about her until later on in the year, in December or so, the Stars & Stripes came out and there was an article in it showing her with Air Corps people. And what they did was they came in, and they built a landing strip right near the farm. They found out about her, so they went back to the Army hospital that they had her in, and the Air Force took her out of there – with permission – and they brought her back to the farm and they built a tent for her. They had their doctors take care of her, and eventually they ended up buying her prostheses for her legs.
When the Air Corps – these were fighter planes, P-47s – moved forward to keep up with the infantry, they were able to carry her in their planes because they got written permission from General Eisenhower to take her with them. And she met Eisenhower, he came over and talked to her.
I sent the article home, and I didn’t think anything about it.
Then in 1985, when I was going to go to Europe, I wrote to Henri Levaufre [a Normandy historian who has assisted many 90th Division veterans] and I told him about her and asked him to find out if the woman is still alive. He wrote back to me and he said, yes, he found her, that she lives only a few miles from where Henri lived. So he said when you get to the hotel – we told him what hotel in Paris we were going to be at – he said he would leave a message for me so I’d know where she lives. So when we got into Paris we got a message stating that her daughter – without the legs but with the artificial limbs; she married a lawyer, and she had one daughter, and the daughter was going to come by in the morning and pick us up and take us to the big hospital in Paris where they take care of the people. So they took us over and we met for the first time. And she didn’t know that it was the infantry that was stationed at her farm – she didn’t remember that it was infantry, she thought there were artillery people, and she didn’t know who I was or that I had taken care of her until I explained to her; I told her that one day one of our officers was going through their barn, and he moved some hay aside and he found a German motorcycle that her brother had hidden, that he’d stolen from the Germans. I told her about that and she said, “Oh, my God, you were there, on the farm.”
And I said, “Yes, I was the one that took care of you.”
Well, with all of this the Air Force had adopted her and they’ve had her come over to some of their reunions. And if you ever go to the Airborne Museum in Ste. Mere Eglise, they have a whole display about her there.
I met her in 1985, and then when I went over in 1994 we stayed with her at her home for a few days and she took us around and she introduced us to the curator of the museum at Ste. Mere Eglise.
Her name is Yvette Hamel. Incidentally, there’s a book, one of the fliers, he’s a doctor now, his wife met her and his wife wrote a book about her called “Sunward I’ve Climbed,” and it’s been translated into French, too. It’s an interesting book. I’ve got it. She sent me a copy, signed and all. 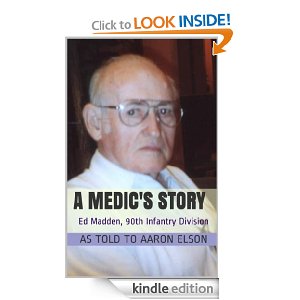