"By the way."
I was on the phone with Vern Schmidt, a World War II veteran who lives in Fresno, California, for about a half-hour a couple of weeks ago and was about to hang up when he said "By the way."
By the way, what?
By the way, Vern said, on his last visit to Europe, his friend Norbert Morbe, who lives in Luxembourg and is an avid collector of World War II artifacts, gave him a canteen. The canteen had a name scratched onto it, "Lt. Wal. Lippincott, 712 Tank Bn.," along with a serial number and what appears to be the word "Sauer Kraut." Norbert knew that Lt. Wallace Lippincott Jr. was killed in the Battle of the Bulge, and asked Vern to try and locate his family so the canteen could be returned. Vern had no luck searching the Internet. Did I know of a way of contacting the family?
Fifteen years ago I tried to locate Lieutenant Lippincott's family. I found a record of a donation made in his memory to the University of Delaware by his widow, who remarried and had a different last name. At the time I contacted the university's alumni association, they contacted the widow and she sent me a photo which I've since misplaced. I've long since lost touch with her.
By the way, did I mention I'm an email pack rat? Five years later Ted Nobles contacted me and said he was Lieutenant Lippincott's great-nephew and was working on a family genealogy. I sent him copies of some of the interviews I did with veterans of Lippincott's platoon. But Ted had moved and changed his email since then. Then I found him on Facebook.
I put Ted in touch with Vern, they had a long talk, and Ted said he was thrilled about the discovery. Vern sent him the canteen, and Ted planned to surprise his family with it on Christmas Day.
This photo arrived on Christmas Day, along with a note from Lieutenant Lippincott's great-niece.
The photo shows "my brother Ted, myself and my younger son Oliver," she wrote. "I am the first child born unto our mother Martha Wallace Zeallor who was the niece of Wallace Jr. My brother Ted is the second child . Martha Wallace Lippincott was my grandmother and only sister to Wallace Jr. As you know our mother and grandmother have passed and this gift is so appreciated. I was just talking about Wallace last night and then my brother shows up at my house to give me the news about the canteen. I got goose bumps and it was a great feeling to have glided my fingers across the etching of his name he engraved himself in the battle. Thank you from the bottom of my heart."
Now look at who's getting goose bumps.
Incidentally, my father and Lieutenant Lippincott were both replacements in A Company of the 712th Tank Battalion, and although they never met, they had a connection. My dad, Lt. Maurice Elson, joined the 712th in Normandy. He told his sergeant, Jule Braatz, that he trained as an infantry officer and knew little about tanks but it showed up on his "MOS," or service qualifications, because he attended a tank demonstration. Braatz gave my father a tour of the tank and told him to be careful getting down. My dad jumped off the tank, twisted his ankle, and wound up in an aid station. His platoon was sent on a mission without him.
The next day he hitched a ride to the front in the bog, or bow gunner's seat, of a tank in another platoon. When the platoon stopped, he got out of the tank and was wounded by shrapnel.
Braatz told me this story at the first reunion I attended, in 1987. He said the story was second hand because the driver my father hitched a ride with, Quentin "Pine Valley" Bynum, was later killed.
Lieutenant Lippincott joined the battalion a couple of weeks before the Battle of the Bulge. His driver the day he was killed was Pine Valley Bynum. Bynum and the tank's loader, Pfc. Frank Shagonabe, also were killed.
Two of the tank's crew members escaped unscathed, physically at least. Roy R. La Pish, whose nickname was Frenchie, of Pottstown, Pa., stayed in the Army after the war. His name can be found on the Vietnam Wall. For Hilton Chiasson of Thibodeau, La., that was the fifth tank he had knocked out, according to Phil Eckhart, another member of the platoon. Chiasson was so shaken that he was relieved of having to serve in a tank. One day I tried to look him up and I reached his widow, who said in a thick Cajun accent that her husband never spoke about the war.
Shagonabe was a Native American from northern Michigan. In an event eerily similar to the return of the canteen to Lippincott's family, an article appeared in the Muskegon Chronicle a few years ago. It told how Shagonabe's effects were sent to his employer because no family member could be found, but eventually someone was able to locate Shagonabe's half-brother. The article had wonderful photos of the reunion. The half-brother, Harlin Shagonabe, has since passed away.

Posted by Aaron Elson at 9:32 AM No comments:

'England will have her neck wrung like a chicken'

"When I warned them that Britain would fight on alone whatever they did, their generals told their Prime Minister and his divided Cabinet, 'In three weeks England will have her neck wrung like a chicken.' Some chicken! Some neck!" — Winston Churchill, Ottawa, Dec. 30, 1941

More from the diary of the Rev. Edmund Randolph Laine of St. Paul's Episcopal Church in Stockbridge, Mass. For previous entries: 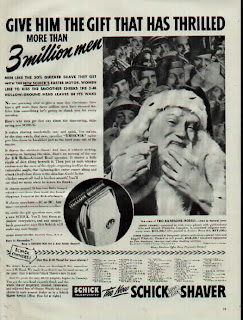 
Before there was Twitter, before there were bloggers, before there was the Internet even, there was the diary of the Rev. Edmund Randolph Laine of St. Paul's Episcopal Church in Stockbridge, Mass, a minister who was born to tweet. Heck, "Mrs. Cooper came about lighting of Christmas tree on lawn." "E. to Air Raid School." 7 - "Amos & Andy." Less than twenty words and you've got three Facebook status updates right there.
More than a decade ago I photocopied the minister's diary for the period from 1941 to 1945 after visiting the Stockbridge Library history room to see what Laine wrote the day Ed Forrest was killed. Laine raised Ed in the rectory of St. Paul's from the time he was 14. Ed and my father, 2nd Lt. Maurice Elson, knew each other in combat with the 712th Tank Battalion, and my father often spoke of Ed. My dad was wounded on Dec. 10, 1944 and didn't return to the battalion. Ed was killed on April 3, 1945.
After speaking at the Stockbridge Library this month about Ed Forrest and my book "The Armored Fist," I found there was great interest in Laine's diary among the audience, so I decided to revisit it, and now from time to time I'll be posting a week's worth of entries. Forgive the question marks where I was unable to decipher his handwriting, and the occasional misspelling of a name or outright mistake.
If you'd like to start at the beginning -- I began posting diary entries from December 1, 1941 -- you can see them here.

Posted by Aaron Elson at 8:35 PM No comments: