A remarkable voice of World War 2 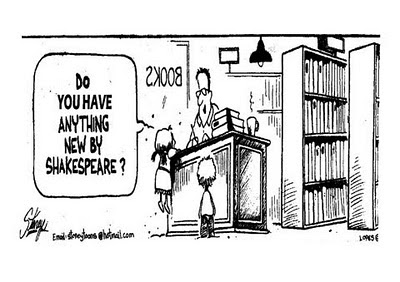 The most unique literary voice to come out of World War 2 that I've encountered belonged to Morse Johnson, a veteran of A Company of the 712th Tank Battalion. Morse was a Harvard educated lawyer from the ritzy Far Hills section of Cincinnati and could have had a cushy desk job during the war; instead he allowed himself to be drafted, became a sergeant in the horse cavalry at Fort Riley, and was one of 14 members of the battalion to earn a battlefield commission.

When the war in Europe ended and the battalion was stationed at Amberg, Germany, as occupation troops, the 712th was given an opportunity to write its unit history. Every original copy that I've seen has had its cover worn off and its pages tattered from being read and shown about so much. And although there is no clear indication of who wrote what, it's clear from the eloquence of the prose that only one person could have written it.

Today I opened the unit history, titled "Well Done," to a random paragraph. This is how it goes:

"October was a month of nibbling -- at the Metz bastion -- and waiting -- for more gas, for more ammo, for warmer clothing. Fall weather had set in and with it incessant rain. The roads became mucky; the fields in which the tankers did their indirect firing became big seas of mud. Firing used up 24 hours a day and all crew members became experts with the Azimuth Indicators and Gunner's Quadrants which though inexact did not prevent one gunner from putting a shell through a window when the forward observer called for it. Ingenuity was at a premium as the tankers dug caves in the mud and built elaborate houses -- even mess halls -- with the crating slats and cardboard shell cases. In the north the 1st Army fought and won the battle for Aachen and Germany proper was at last penetrated. In the relatively quiet 3rd Army sector Metz still stood, taunting and fearsome. And as the month closed the 712th knew that it was destined to be once again involved in one of the vital campaigns of the whole war."

I don't know about you, but I get choked up when I read stuff like this; but when I first read it, more than two decades ago, I had no idea who Morse Johnson was. I even interviewed him in 1992 and still didn't know he was the author of the unit history, and the subject never came up. We talked about his youth, his time in the horse cavalry, his experiences in combat, and especially about Oberwampach, where he was a platoon leader when his tanks and infantrymen from the 90th Division withstood nine German counterattacks. Nor did I know it then but he was already exhibiting early signs of the Alzheimer's disease which would claim his life a few years later.

Morse is probably the only veteran of the 712th Tank Battalion who has a statue named after him. I was unable to find a picture of it on the Internet although I know there was one a few years ago when I first discovered it. It isn't your typical soldier on a horse with his sabre held high; in fact, you'd never know he'd been in combat, or that the statue even represented a person. In other words, it's kind of abstract. Morse, you see, was a patron of the arts, and the Morse Johnson Statue stands in front of the Playhouse in the Park in Cincinnati's artsy Mount Adams section.

Morse Johnson was rather passionate on this subject and was probably one of the founders of the society. But it was a collection of his letters that his mother and sister saved -- his father died when Morse was young, 16 if I recall correctly -- that led to the realization that not only did Morse write the eloquent text of the unit history, but that he had one of the most unique literary voices to come out of World War II.

There are excerpts from 20 letters in the collection, which is posted at my original web site, tankbooks.com. Here are two of them (I suspect that in the second one, his mention of the "umpteenth counterattack," is a reference to Oberwampach):


* * *
We were in the process of taking a fair-sized town in which we had found little resistance. Oh, there was an occasional sniper from a window which forced us to throw several rounds into some of the houses and we spotted a Heine column of some 20 infantrymen retreating over a hill in the distance. But nothing else. Our tanks clanked through the streets, with the infantrymen riding on them. I noticed the door of a house begin to open and the face of a young man appeared. Instantly he beamed and turned with a beckoning gesture to his rear. At once, a little waif of a young woman – say 22 years – came out. She was thin and had an impish face which obviously never concealed emotions. The man pointed to our tank and the girl stared unbelievingly at us for a few seconds. She suddenly screamed "Viva! Viva!" clasped her hands together and then threw them outstretched heavenward. She babbled and punctuated each new burst of emotion by throwing her arms around the young man. Then started the frenzied throwing of kisses and mad dancing around like Ophelia, as we moved past and out of sight. Whether she was French or Polish or, perhaps, a German Jew, I do not know but it made me tingle all over to know that I had assisted in liberating her.

* * *
I don’t believe I ever told you about "Brooklyn." At one of our tight spots, we shared a room with an infantry squad, all of the members of which we got to know quite well. One was "Brooklyn," obviously from Brooklyn. One night he mentioned having written a song for his C.O. and with little urging sang it for us, with a song plugger’s voice and style – like Irving Berlin or even Eddie Cantor.

"Good," I applauded and it really was, "let’s hear some more of your stuff."

Here was an extrovert of the first order and for a half-hour he stood in the middle of a Heine kitchen singing his songs and telling the story behind each with a smart vaudevillian patter. I began to doubt whether all these songs were his and told him so. At once he asked me the name of my girl – which I faked – and my home town. Not five seconds later, he was singing a catchy ditty about me, the girl, Cincinnati, etcetera.

I told him to do the same for Mac, my driver, and he had just started when the guard rushed in and we had to rush out to repel the umpteenth counterattack. We worked a lot with those boys and Oley’s and my crew were always happy to see them.

The other day "Brooklyn" rode on my tank and I coaxed him to write a song for us. At once he burst out with a really dandy tune, the first words of which were: "There will be no more falling arches, there’s no more walking Yank; going to hitch a ride, going to hop inside, going to Berlin on a tank." The tank stopped and "Brooklyn" was just about to write it all down for me when his squad was called to clean out a slight pocket.

We tanks were in close support but the terrain did not permit us to be right with them. I guess I heard the shots – there were a lot of them – but I didn’t see him get it. I did see him, however, and fortunately he had died instantly.


* * *
The collection of 20 letters is at http://www.tankbooks.com/stories/stories2/morse/morse1.htm.
Posted by Aaron Elson at 6:50 PM No comments: