D-Day and the Bulge 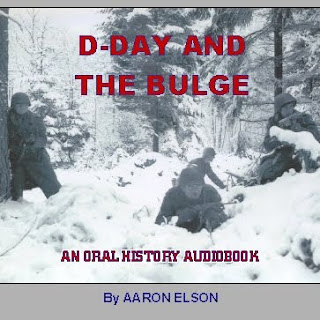 Pete De Vries doesn't tell war stories. The stories that are told should be about the young men who didn't get to come home, he said when I interviewed him in 1997. Well, De Vries, who served with the 82nd Airborne Division, the Rangers, and the 10th Special Forces in World War II, Korea and Vietnam, and retired as a sergeant major, did tell one war story, somewhat reluctantly. And he told it not to bring any glory upon himself; in fact, he steadfastly declines to identify the hero of the story, and the only reason he told it in the first place was to illustrate a point.

He told the story in a letter to the editor of the "Static Line," a monthly newspaper for and about paratroopers. The letter was in response to an article by a Marine about the pride that the Marine had in his unit.

A lone GI with a bazooka was guarding a road during the Battle of the Bulge, Pete's story went, when several American soldiers, led by a lieutenant, emerged from the forest and asked the way to the American lines. The GI showed them the way, and the lieutenant said he'd better accompany them because they were being pursued by two German tanks.

At which point, the lone GI said, "You don't have a thing to worry about, Sir. I'm in the 82nd Airborne and this is as far as the bastards go."

A few years later, Pete was attending a dinner when he noticed a sketch on the wall of a paratrooper in full gear. Underneath him was the caption "I'm the 82nd Airborne and this is as far as the bastards go." A short while later, he said when telling me about this, he heard that someone at another table was claiming to have been the GI who originally made the statement. So he went over to the table and asked the veteran if he remembered who the lieutenant was who was looking for the American lines.

"How should he remember that?" I asked.

"I'll give you a hint," Pete said. "He had a famous father and was a senator."

I still had no idea, so Pete told me it was Will Rogers Jr. Actually, Rogers was a Congressman who resigned his seat to enlist.

I didn't do much homework in high school, but since I've become an oral historian I've become far more diligent. So the next day I called the Will Rogers Museum and the curator sent me copies of a few pages from "Gare la Bete," by Calvin Boykin, a book about the 7th Armored Division. The pages included an account of a reconnaissance platoon led by Rogers on Dec. 23, 1944, in the vicinity of St. Vith, being shot up before reaching the safety of the American lines.

Pete still declines to take credit for being that lone sentry, and at least one other veteran of the 82nd Airborne that I found on the Internet is given credit for the saying. Nevertheless, one of the citations Pete allowed me to read into the tape credits him with singlehandedly destroying one German tank and disabling another.

Pete's and several other interviews are included in "D-Day and the Bulge," an 11-hour collection of interviews that make up my newest audiobook.

Other veterans in the set include Len Lebenson, a sergeant in the headquarters of the 82nd Airborne Division who went into Normandy in a glider that crashed into a shed; Maurice Tydor, a radio operator in division artillery of the 101st Airborne Division; Samuel Feiler, a dentist in the 101st; and a group interview with five veterans who talked about the siege of Bastogne; and Valentine Miele of the 1st Infantry Division. Also included is my 1994 interview with Leonard Lomell, the Ranger credited during the Normandy invasion with destroying five large German coastal guns that were supposed to be on Pointe du Hoc but were actually inland.
Posted by Aaron Elson at 10:18 PM No comments: