Reflections of a tank company commander 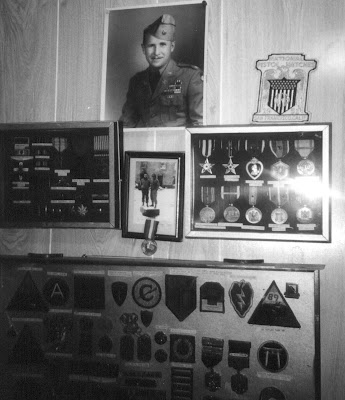 Harlo J. "Jack" Sheppard went overseas in World War II as the motor officer with the 712th Tank Battalion. When Captain James Cary was wounded by a booby trap on the battalion's first day in combat, Sheppard took his place as commanding officer of the battalion's Company C. The company had three platoons of five medium Sherman tanks, as well as its own maintenance section.

On his sixth day as company commander, July 10, 1944, Sheppard filled in for an injured tank commander during the battle for Hill 122 in Normandy. A shell struck his tank in the gunner's periscope two feet from where Sheppard stood with his head outside the turret. He was patched up in an aid station and made it through the rest of the battalion's 11 months in combat, minus a week in the hospital for "battle fatigue." He re-enlisted after the war, was in Germany during the Berlin airlift, and also served in Korea.

I interviewed Jack Sheppard in 1993, for my first book, "Tanks for the Memories: The 712th Tank Battalion in World War II."

A couple of years before I interviewed him, Jack began writing a memoir because his children kept asking him to put down the events of his life. Two weeks before the interview, he took the memoir out and began adding to it, working almost night and day.

During the interview, I read the memoir into my tape recorder, and Jack kept interrupting with  comments. Also, he showed me photographs and described them. I can't reproduce the pictures here, but I felt his explanations of what the pictures were were both descriptive and significant enough to include in the audio excerpts of the interview.

The interview spanned two days, and filled five 90-minute audiocassettes and about 20 minutes of a sixth. I transcribed the first two tapes in 1993, and I didn't even listen to the rest of the interview until recently.

My initial thought was to include the interview in an audiobook about the battle for Hill 122, which was the "bloody piece of French real estate" where Lieutenant Jim Flowers lost both of his legs. (Jim's dramatic account is included in my first audiobook, "The Tanker Tapes.") But because the interview contained so much information of a technical nature that would be valuable to any history buff -- for instance, Jack explained the various parts of a tank and the differences between the M4A1, M4A2 and M4A3, not to mention the M4A4 -- I decided instead to present Jack's interview as a separate, five-hour audiobook.

Jack passed away more than a decade ago, and his wife, Betty, died in 2005. A narrative drawn from the two tapes I transcribed is at my original web site, tankbooks.com. Here are some excerpts from the new audiobook, "Reflections of a Tank Company Commander." 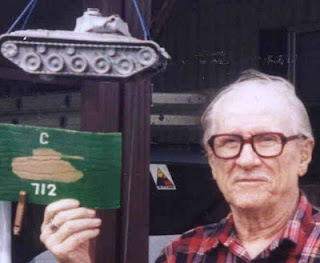 "Daddy, what happened to your in your lifetime, especially during the war?"
"Everybody was a hero, some of them were more hero than others."
"Hey, Mac, what in the hell happened to you?"
"I did lots of men favors of stretching the truth a little bit."
"The shrapnel and the powder from the bursting shell hit me in the face."
"Up the other bank, almost to the top of the hill, was a German Tiger tank..."
"Couldn't hear a thing, except this voice coming out of the clear, Look out in the jeep, I'm a slidin'!"
"Barbecued people..."
Order "Reflections of a Tank Company Commander" from amazon.com for $9.95 plus shipping.
Posted by Aaron Elson at 7:31 PM