Of Cars and Cigarettes 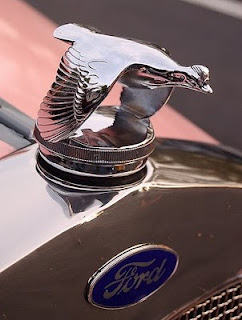 I'm working on the fifth tape of my 1993 interview with retired Colonel Harlo J. "Jack" Sheppard. When I transcribed the interview for my book "They were all young kids" almost 15 years ago, I stopped after two tapes.
This interview is different from many of my interviews in two ways. One, it's somewhat longer than most of my interviews, as I spent two days interviewing Jack in Bartow, Fla. And two, much of the interview is actually me reading a memoir Jack wrote into the tape recorder, while he made comments along the way. I'm not going to win any awards as a reader, so I hope you'll bear with my sometimes monotonous voice.
Today's sound clip, from the fourth 90-minute cassette of the interview, includes stories about two things that appear frequently in my conversations with World War II veterans: cars and cigarettes. Sheppard reenlisted after World War II and spent time as an officer with the occupation forces.
Jack Sheppard
Posted by Aaron Elson at 5:16 AM