The stuff that dreams are made of 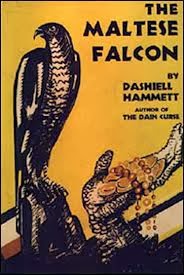 More from the diary of the Rev. Edmund Randolph Laine of Stockbridge, Mass. From Jan. 5-11, 1942. When I began transcribing the diary entries, from Laine's handwriting into something a bit more legible, more than a decade ago, many of the Internet resources were not available, and with a couple of exceptions, such as his mention on April 3, 1945, of Philip Bonsal's book "When the French Were Here," I didn't research the books or radio shows he mentions.

Now, with resources such as Project Gutenberg (which already was around when I started doing this), the Internet Archive and Old Time Radio Classics, I'm able to put sounds and images that bring the diary to life. That said, the radio excerpts are generic in nature, rather than the broadcasts of the date they were mentioned, although some of the shows have the air dates of the recordings, and I hope to get lucky in future entries. I'll point it out when I do.


Previous entries from the diary of the Rev. Edmund Randolph Laine:

Posted by Aaron Elson at 4:08 PM No comments: 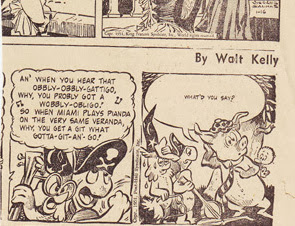 "Obbly-obbly-gattigo, why, you probly got a wobbly-obligo!" Like listening to the "B" side of an old 45 rpm record, I often glance at the flip side of old newspaper clippings. Last week John Caruso, my co-author on the forthcoming book "Semper Fi, Padre," or really it's more like I'm his co-author, showed me a faded clipping from a Hartford, Connecticut, newspaper that contained the text of his brother Mathew's last letter from Korea to his father, Michael Caruso. The flip side of the article contained the latter half of three comics of the day, one of which was one of my all-time favorites, Pogo, by Walt Kelly. I have no idea what this particular strip was about, and not because the first two panels were missing either. In the first frame, which would have been the third of that day's strip, Howland Owl, with his wizard's cap, and Cherchy la Femme the turtle, with his pirate cap, seem to be reciting something musical in nature, as evidenced by the presence of a couple of musical notes. "So when Miami plays pianda on the very same veranda, why, you get a git what gotta-git-an-go!" In the next and final panel, the character Porky-pine the pig, leans in and says "What'd you say?" while Howland wipes sweat from his brow and Cherchy leans on what appears to be a musical instrument.
The comic above Pogo contains the date 1-16 but not the year. It's likely 1950, which means it would have been barely a month after Matt Caruso was killed in Korea.
The article is titled "Good afternoon/ A personal chat with Art McGinley," who was the sports editor of the Hartford Courant.
"Dear Pop," Matt's letter begins, "Please don't worry about me for I am taking good care of myself. I am confident that some day I will come back to all of you.
"I have an awful lot to live for -- there will be my wife and baby waiting for me when I get back to the States.
"Of course I can't tell how long it will be before we are home again, but I do know that I will be one of the many guys aboard the ship heading back home when it is all over.
"I have enclosed a couple of pictures taken by a photographer at Inchon just before we left for here. I wish you would send me one of yourself, for the only ones I have of you and the family are in my album back home.
"I still am working for a chaplain, only this time it is a Catholic priest I am with. He really is a wonderful man and we get along fine. Every day when it is possible he says Mass for his boys and I have seen him give Holy Communion and administer the last rites under heavy machine gun fire by the enemy.
"My job is to do the administrative and clerical work for him, write letters of condolence to the families of boys who have died out here, aid the wounded and assist him at Mass.
"There have been plenty of times we have said the Rosary together in our foxhole. No sir, Pop, no guy could be his equal.
"My wife is a wonderful person -- she has made me the happiest guy in the world."
"Love, Mathew."

Actually, the newspaper misspelled Mathew's name, printing the more common version with two t's. Matt Caruso died saving the life of the Rev. Cornelius "Connie" Griffin. As machine gun fire penetrated the side of the ambulance in which Father Griffin was administering the last rites to a dying Marine during the breakout from the Chosin Reservoir, Matt, according to most accounts, threw the chaplain onto the floor of the ambulance and shielded him with his body. Matt was killed and Father Griffin was wounded but survived. 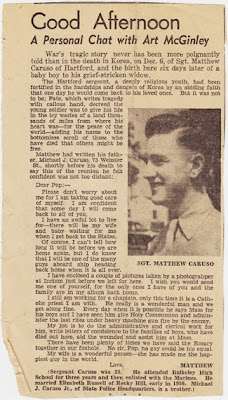 and the flip side: 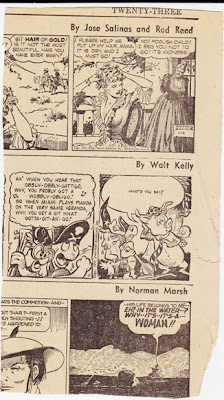 The comic strip on top is "The Cisco Kid" (and to think I was a member of the Cisco Kid fan club in junior high school), while the comic on the bottom could be Dan Hale, by Norman Marsh, whose work, according to Comiclopedia, influenced the comic strip Dick Tracy.

Posted by Aaron Elson at 7:26 AM No comments: